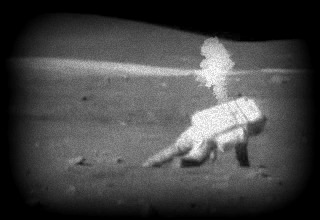 EX LUNA, the sixth Master Mystery Production, is set to premiere in March 2016 and will be the first time MMP has created a show set outside Earth’s atmosphere.  How do you create a murder mystery in space?  Writer/director of EX LUNA, Daniel Stallings, offers some insight into the creation of this production.

ON THE WINGS OF APOLLO: THE MAKING OF EX LUNA (PART 1)

Working on EX LUNA has given me the opportunity to explore a kid’s fantasy of being an astronaut.  But it also forced me to become a NASA scientist, and I plunged feet first into the world of the Apollo program.

Every show starts with a theme provided by the client, and since this client worked at a university organization filled with students, it was important to find a theme that could relate to college students.  She suggested “space” with a very interesting caveat thrown in.  No aliens.  That is to say, aliens couldn’t be the culprit.  This needed to be a human story with a human crime. 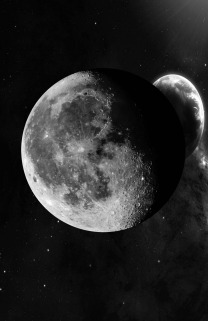 I’ve always been intrigued by the history of the Apollo program in the 1960’s.  Looking across all the missions, many stick out.  The Apollo 1 fire.  The Apollo 8 mission with its successful circumlunar orbit and the first depiction of Earthrise.  Apollo 11, of course.  And Apollo 13, the landmark rescue of a marooned crew aboard their damaged spacecraft.  Powerful history.  Very human experiences.

For EX LUNA, I drew upon two particular missions: Apollo 11 and 13.  I wanted the murder to occur on the moon and the tension of a low oxygen, low power, broken spacecraft limping home through the vacuum of outer space was too persuasive to ignore.  The story developed rather quickly with the environment being employed as the murder weapon, similar to what was used in HELLO OUT THERE–the vacuum of space replacing the Mojave Desert, in this case.  And I made the decision to develop my own NASA program and mission that paid homage to the Apollo program without altering the history. 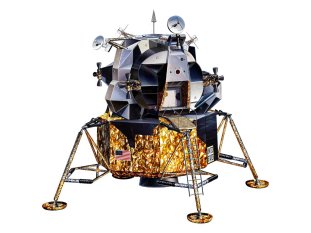 Learning about the unsolved mystery surrounding the lost lunar module from Apollo 11, the Eagle, was just the fuel I needed.  And so, the Clio program (named after the muse of history) with its focus on astroarchaeology (recovering and studying lost human space technology) was born.  The mission of Clio 1?  To trace and recover the lost remains of the module that carried Neil Armstrong and Buzz Aldrin to the moon. 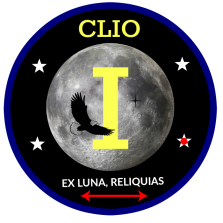 “From the moon, relics.”

It’s been a challenge to bring a sense of realism to this space-age fiction, but it has been a fun one.  Challenges like these are what takes a mystery from ordinary to extraordinary.  I pull from dozens of sources when designing a mystery like this–transcripts of the actual Apollo 11 transmissions, timelines, articles, the structure of NASA at the time, etc. etc. etc.  All designed to create an interactive experience unlike any other.

So that’s the story on the story of EX LUNA.  But how do you take that story and make it interactive?  How do you place an audience in the high-pressure situation of a NASA mission?  Find out more about the gameplay mechanics of EX LUNA on our next post, Playing Astronaut: The Making of Ex Luna (Part 2)!