Sticks and stones may break these bones…but words can be a killer.

If you’ve always been curious about working on a play or performing in an interactive murder mystery, here is an opportunity for you. We’re looking for ladies and gentlemen to help us stage this unique show.

Master Mystery Productions, the creators of our smash success Exit Prima Donna, is looking for actors to play suspects in our latest interactive mystery, a celebration for a book launch and signing titled Famous Last Words, our nineteenth show playing this July at Red Rock Books.  We welcome everyone of all types and any level of experience–newbies, veterans, and so on–to audition for the show! 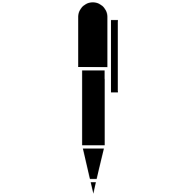 Famous Last Words is a single-day event celebrating the launch of writer/director Daniel Stallings’ debut mystery novel, Sunny Side Up.  Playing on Saturday, July 21st at 7:30 p.m. at Red Rock Books, the show is a twist on a traditional book signing, allowing guests both a game and a play to enjoy while also getting their hands on a signed book.  Actors will present at the Red Rock Books signing, the only live show, but will also record their parts for a traveling version to go to bookstores across the state.

There are 4 female roles and 3 male roles. We welcome everyone of all types and levels of experience to take part in the show. No theatrical experience is necessary. Actors will be reading selected passages from the script.  Actors must be 15 or older.  Anyone under 18 must have parental or guardian permission, and a parent or guardian must be at rehearsals with the actor. 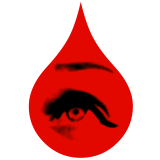 Two years ago, true crime writer Sabrina Watts planned to reveal startling, new facts in the celebrated and scandalous McGregor homicide case.  A hit-and-run accident stopped her words from ever getting out.  Now, at the book signing for his new mystery novel, Marcus Watts, Sabrina’s husband, makes the announcement for her: he found her notes on the case and plans to finish the work she started.  Those might be famous last words as an attempt on his life is made shortly thereafter, proving the McGregor case is far from sleeping quietly.  Six suspects in both murders will offer their testimonies to enterprising sleuths.  Six different and varying accounts of the same event.  But in one of them, a killer hides his crime.  Take on the role of detective as you listen to the suspects deliver their stories, secrets, and alibis and discover the fatal flaw in a master plan.  Sticks and stones may break those bones…but words can be a killer.

SABRINA WATTS — True crime author whose bestselling work includes Code Name Anonymous: The True Story of the Artifact Retrieval Agency and Stars in Their Eyes: The Stardust City Slaying.  Calm, cool, and always in control, Sabrina’s upcoming revelations about the McGregor homicide case ruffled some feathers.  She is killed in a hit-and-run before the play, and it is her dictated notes which form part of the story.

MARCUS WATTS — Detective fiction author of a newly released title.  Prone to theatricality, Marcus likes to ensure the biggest bang for his buck, waiting until the perfect dramatic moment to make announcements or revelations.  His tastes tend to skew toward the extravagant, which drives his stepdaughter crazy.  His life is threatened at the start of the show.

CHLOE LANDIS — Daughter of Sabrina from a previous marriage and stepdaughter of Marcus.  Stubborn, strong-willed, sharp, and smart, Chloe is an outstanding student, but a tough personality who is quick to anger and isn’t prone to forgiveness.  A quick and often shrewd judge of character, she loathes her stepfather above anyone else.

BROOKE SIMON — Author of the Doc Dogooder children’s mysteries and sister to Leah McGregor, one of the victims in the McGregor murder case. Gentle, kind, and soft-spoken, Brooke would rather hide in the safety of her children’s books rather than face the harsh realities of true crime.

VERA McGREGOR — Sister to Shawn McGregor, a victim in the McGregor murder case.  Vehement and furious, she has been sending angry letters to Marcus Watts to try and dissuade him from publishing anything about her family’s tragedy.  She has been following him for a while, intent on keeping her eye on him.

CHANCE McGREGOR — Brother to Shawn McGregor, a victim in the McGregor murder case.  Pensive and controlled, he is the picture of total composure, a man you would never see out of sorts.  He is not one to parade around any violent or strong emotion, confining himself to facts and logic.  He is the most even-tempered, even despite the scandalous stories in his life.

Rehearsal dates will be arranged after auditions.  We expect to meet only twice a week.

So please come join us at auditions this May for mystery, mayhem, and malice!

Reviews about Master Mystery Productions from past clients, actors, and press.

Visit Master Mystery Productions on Facebook to learn more about the show.

We hope to see you at the casting call and later at Famous Last Words!