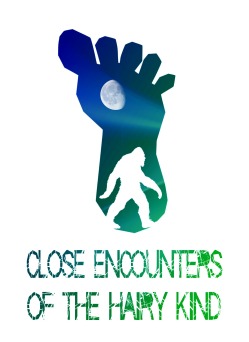 Is he a myth? A local legend? A lost species? Whatever the case may be, Bigfoot has left a mark as big as his shoe size on the public imagination and the landscape of our thoughts. With Ridge Writers’ Weird Weekend approaching, it only made sense for us to do a show inspired by the legends of Bigfoot sightings in the East Sierra (one of which happened this summer!). But our Bigfoot show is more than just another big step for MMP. It’s also our chance to allow a new creative voice take a giant step forward on their theatrical journey. First-time writer/director and MMP legend, Monica Lorenz-Dwyer, shares us the story behind the campfire stories in our twenty-fourth Master Mystery Production, Close Encounters of the Hairy Kind.

THE APE-MAN, THE MYTH, THE LEGEND: The Making of Close Encounters of the Hairy Kind (Part 1)

If only a year ago, someone would’ve told me that I’d be directing a play that I’d written about Bigfoot of all things, I would’ve laughed in their face (and inadvertently snorted) because I would’ve found the idea a bit far-fetched. You see, up to that point in time, I’d been content with writing personal columns for The Daily Independent, as well as short stories and poems here and there when given the chance such as for Ridge Writer’s Weird Weekend. Then last Fall, something unexpected happened; Daniel Stallings, the mastermind behind Master Mystery Productions asked me to write a play about Bigfoot for next year’s Weird Weekend. Much like all of the other amazing acting opportunities Daniel’s thrown in my direction since first becoming involved with MMP, this was another wonderful opportunity that I just couldn’t say no to.

Without a doubt, Bigfoot’s been one of my favorite subjects since childhood and there hasn’t been a story about this tall, dark and hairy creature that I’ve come across that I haven’t soaked up. Giddy as all get-out, the chance was now mine to put my mark on the popular culture that has embraced this famous missing link. That being said, the realization then dawned on me that a play would involve a plot, various characters and a heap of imagination that I wasn’t sure I had because it’s one thing to write musings about the goings on in my life as a social butterfly, but it’s quite another thing to spin a mystery tale involving The Ape-Man, the Myth, the Legend. 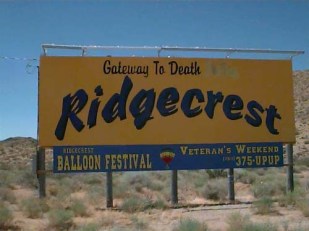 Ridgecrest is a small town and that being said, I run a risk, however slight, of being laughed out of town and forced to live up the mountains alongside “the Hide and Seek Champion of the World” if I didn’t do my play enough justice. So, it had to be creative, daring, different, mysterious, and most importantly, funny. In all honesty, it would certainly be a bonus if it managed to make the non-believers believe in the big guy or at least be open to believing by the end of The Finale.

At the onset of my brainstorming, I came up with a setting for my play; it’d take place in the woods, in the dark of night, and around a smoldering campfire at Crestwood Lake Campground in the town of Ridgeview, a renowned hot spot for Bigfoot sightings. As real-life campers share secondhand ghost stories that’ve seen better days (or rather nights), I opted for my fictional campers to do one better and share their personal encounters with Bigfoot. Seeing as stories originate from people from all walks of life, I made sure to capture that aspect while mixing it up by bringing together believers, non-believers, and not to mention those still teetering on the fence. 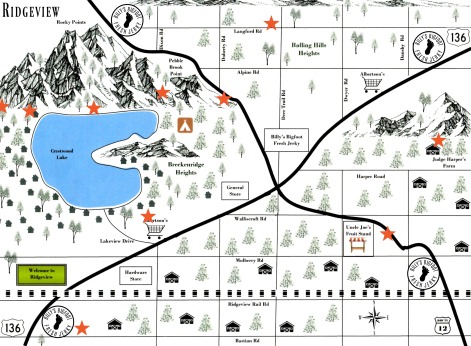 At this point, my writing began but once I’d completed Act I, I found that I had far too many of Bigfoot stories and far too many characters for my producer’s liking to fit into a three-hour play. It was back to the drawing board, so to speak, and once I chose my favorite characters and stories, I did something rather bold, I found a resourceful way to incorporate additional tales in order with to capture the essence the most memorable Bigfoot stories I’ve heard in my time.

Needless to say, I had my work cut out for me and just when I thought the worst was behind me once I’d completed that step, I couldn’t work out a plot, much less what the pivotal mystery was going to be and so my mind set forth again and I slowly began to weave my tall tale. Over the next several months, I continued relentlessly to plug away at it and, somewhere along the way, the missing pieces of my story finally came to fruition and magically, the pieces fit together.

It’s sure to be a night of tall tales and once the sun goes down beyond the trees, the crickets will begin to chirp, the owls will begin to hoot and something out over yonder might begin to wood knock. Stay close to the campfire or else you may have a close encounter of the hairy kind.

Monica created the Bigfoot believers and skeptics, but who plays them, and what do they think of these “tall” tales? Join us for another close encounter with our backstage world as the actors share their takes on all the characters in Among Friends: The Making of Close Encounters of the Hairy Kind (Part 2).

And be sure to get your tickets for the show! They are on sale now at Red Rock Books.

One thought on “The Ape-Man, The Myth, The Legend: The Making of Close Encounters of the Hairy Kind (Part 1)”