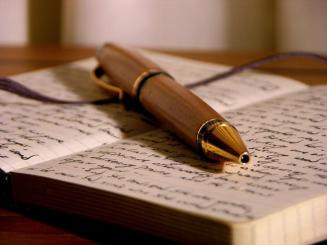 Gothic fiction was stuffed with supernatural spooks.  Think Dracula.  Think Frankenstein.  Think The Vampyre.  As the Age of Reason melted into the Victorian period, when many of these stories were popular, the macabre, the grotesque, and the weird were celebrated.  So a Gothic mystery fit so well into Weird Weekend 2016.  But what’s a weird story without the weird.  In part three of our behind-the-scenes series on Pauper’s Grave, C. R. Rowenson talks about the creation, purpose, and use of family legends of supernatural origins in our latest show.  Things are about to get spooky…

LEGEND HAS IT: THE MAKING OF PAUPER’S GRAVE (Part 3)

Daniel and I both knew right from the start that we wanted to incorporate supernatural elements into this mystery.

Why, you ask. Well, we can’t have Weird Weekend without the weird, now can we? Besides, last year we gave you a story with aliens, this year it’s all about monsters and Mary Shelley. Not to say that Mary Shelley is a monster, we just—

Whatever, what was my next point? Oh, right.

That same week Ridge Writers is bringing in a Mary Shelley impersonator for a very unusual case of “Read the Book; Meet the Author.” If you weren’t aware, it’s Mary Shelley’s name printed on the spine of every copy of the original Frankenstein. Our guest is going to tell us all about a time where science fiction and actual science were very nearly the same.

But we are not Mary Shelley, so we had to find other ways to blend in this hair-raising story element. This is how we hit on the idea of the family myth. Plus, monsters are easy. Both of us are quite experienced when it comes to mythology, the supernatural, and monster-hunting. Experienced as writers, I mean. We don’t go hunting on weekends… promise.

There was a little research required to make sure that we selected appropriate horrors. It wouldn’t do to have a shapeshifter from South America showing up in our Victorian timeline. But even that wasn’t difficult to find fitting legends.

Actually, I was a little surprised with just how easy it was. Many of our more popular and well known types of monsters actually originate from the region and time period.

There were still limitations, of course. Because of our setting, we didn’t want to choose anything clearly out of place. Fairies, werewolves, undead, and ghosts all had a strong presence in European cultures while still being familiar to contemporary audiences making them the ideal choice for our story.

Of the four, the fairies were by far the most difficult to pin down. Though they all go by different names, most cultures have fairies in one form or another. That meant double checking the actual origins for the different types of the Fae. In the end, we found a couple that fit snuggly with our plans for Pauper’s Grave.

Unfortunately, just gathering the information isn’t enough. You have to take the critical elements and weave them together until plot can’t function without them.

I’m not willing to divulge whether the killing was supernatural in origin or not, but we couldn’t insert the monsters just for the thrill of it. They had to earn their keep.

Granted, we could run this story like a dried up, cheaper rendition of a Supernatural episode, but that wouldn’t help us achieve our goals. While piecing together the clues to determine exactly what manner of beastie is responsible before cobbling a weapon together and cornering the beast in its den makes for exciting television, it isn’t great for live entertainment. At least not the kind of entertainment we can run here in the States.

Don’t look at me like that. I thought it would be awesome too, but the City Council wouldn’t grant us the necessary access to the power grid.

In order to provide you with “safe” and engaging entertainment, we had to develop an alternate structure. You know, a structure that didn’t involve harnessing the power of nature for our own nefarious purposes.

So we needed the monsters to be an integral part of the story. We couldn’t have it be obvious who or what did the killing, and we had to do it all without the aid of unethical experimentation. In short, we had to get clever.

Again, the myths themselves were the key to all of this. Daniel and I worked tirelessly to build them into the flow of events. Not only that, subtle tweaking took place to make these debatable narratives parallel the current events of Pauper’s Grave.

I could give you some examples, but I am loath to give any free handouts. In fact, if Daniel knew that I hacked into his website just to give you this update, he very well might unleash the totally hypothetical ghouls that we absolutely were not feeding every night in the local graveyard.

I’m not sure my conscience could handle that.

I can tell you this. The most interesting part of all of this for me was getting the stories to match with the individual families as well as the plot as a whole.

In addition to adding to the atmosphere, we wanted our elements of the supernatural doing extra work for us (another necessity in writing). We had already decided that each of the families would have their own unique superstitions. For that to work out, the superstitions and myths themselves had to tell more about the families than others knew before.

How about an example? Let’s take a moment to talk about one of my favorite characters: Granny Fletcher.

Margery Fletcher, the current matron of the Fletcher family, has lived a long and interesting life. In fact, one part in particular was so bizarre and fascinating that it became the family legend told before the hearth on cold winter nights.

Again, I don’t want to ruin the experience of you reading the legend for yourself, so I will just cover the important part. When Margery was much younger, she fell for a traveling stranger. One night she went off with him into the woods.

The way she tells the story, the traveler turned into a massive beast and attacked her. It was only through God’s will that her silver pendant punctured the creatures neck, killing it instantly.

By itself, that is just a story, but with careful planning it became much more. With the knowledge of the legend comes an understanding of the Fletchers themselves. Their wariness toward strangers, Granny’s hatred of the gravedigger, and the family’s stubborn refusal to sell off their silver all begin to make sense.

Actually, that is only a small part of what the story does, but to say more would involve spoilers. The point is that Daniel and I worked hard to make each and every story reveal just as much about the characters and families.

I think we pulled it off quite nicely, but you’re going to have to show up if you want to judge that for yourself. You won’t see me there, but that’s just because I plan to be watching from a very safe distance.

A defiled grave.  A murdered gravedigger. A story of powerful families grappling for power.  Competing in challenges that require bravery and brains.  And mythology that haunts Crow’s Killing since it was founded centuries ago.  A Gothic tale that comes to life with all the trimmings of aristocratic decay, romance, corruption, heroism, and moral intrigue.  Pauper’s Grave is one of our most complex and creative tales yet, and we can’t wait to share it with you!